Maltese has become the elusive kitten. He is apparently on ​the prowl, catting around, looking for friends and family or ​catnapped!!!!?????? ​

On Tuesday morning he left Kendrick’s with 3 of his litter mates. He did not arrive at his foster home.

​The famous detective, Sam Spade, became involved in the case, when the black kitten crossed his path.

At about 3pm on 10/17, Maltese was seen in the company of ​Ruth Wonderly, aka Brigid O’Shaughnessy, at Howell ​Printing. Ruth/Brigid explained to anyone that would listen, ​that she was the legal foster parent. Maltese made a not so ​graceful exit out the back door after scaring the feathers off ​of the grand cockatoo, Ping Pong.

[The story is becoming quite convoluted.]

Det. Tom Polhaus was able to get a picture of the ​mysterious kitten at Palmetto Package and Fine Wine. The detective was questioning Crush & Joel Cairo. Joel admitted to having Maltese in his possession, but denied catnapping. Inadvertently, the kitten got out of the bag and escaped down Park Avenue and around the corner onto Laurens St.

Once on Laurens Street, Maltese vanished near Refresh. Painted Paws admitted that Maltese planned to return to Palmetto Package were he was to meet a very well dressed gentleman wearing a beret. After purchasing a bottle of fine wine, the pair were seen strolling down Park Avenue.

Wednesday, as Maltese was leaving Peppermint at Cyndi’s Sweet Shop, Kasper Gutman spied him and began a hot foot pursuit. ​Kasper became over exerted and lost sight of Maltese as he turned the corner by Lionel Smith and raced down the Alley. When questioned, Angelica told Det. Polhaus ​that Maltese was to meet Zoom Zoom in Art & Soul.

Wilmer Cook was able to get Maltese’s attention with a toy ​from Downtown Dog. They seemingly became fast friends. ​They were seen together at the Aiken County Visitors Center ​visiting Magnolia Blue, at the Railroad Museum talking to ​East meets West and at the Aiken County Historical Museum ​playing with Bob Z Cat.

Thursday found the entire cast of characters, including Matilda from Floyd & Green in a meeting ​with Mr. Gaston’s Kitten at South State Bank. No one would reveal any details about the meeting, but an investigative reporter ascertained ​that something will be happening at the Gaston Livery Stable.

Friday dawned as a perfect day in Aiken. The weather was a crisp 52 degrees and for once there was no humidity and ​just a gentle breeze. Reggie Ebner, who was working on barn ​doors, was surprised when a parade of kittens arrived ​at the Barn. They began pacing as if they were in a room full of ​rocking chairs. Then one by one they went into the Carriage ​Lift Room and catnapped. Sam, Ruth, Joel, Wilmer & Kasper ​arrived demanding to see Maltese. The gentleman in the beret pulled up to the Barn in a beautiful carriage drawn by Toby. ​Everyone became very still and very quiet.

The gentleman revealed himself to be Elliott Levy, who had recently returned to Aiken from Maine.

Elliott announced that the kittens would be adopted on ​Saturday at the “It’s a Family Affair” event. The people were ​overjoyed to have the opportunity to legally “own” Maltese and his brothers and sisters. The kittens ​were wickedly excited that they could all find forever homes.
​
​ And they all did find very loving forever homes. 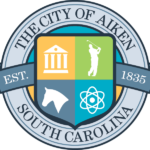 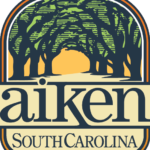